An ethereal memorial. On the wall covered with 177 portraits, silkscreened black on black, of Palestinians killed by the Israeli army during the second Intifada at the end of 2000, early 2001, the barely visible, ghostly faces – physically disappeared, but also not officially recognized as such – only take shape as the spectator moves through space, appearing and disappearing afterwards. 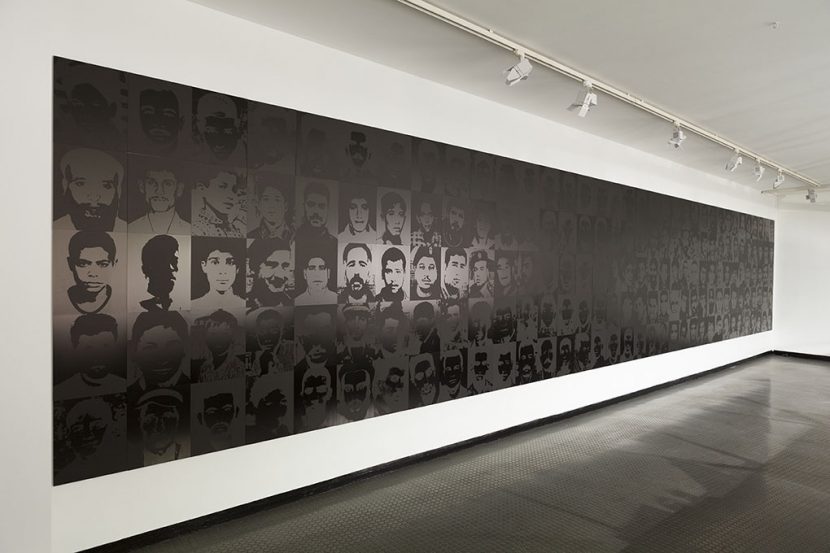 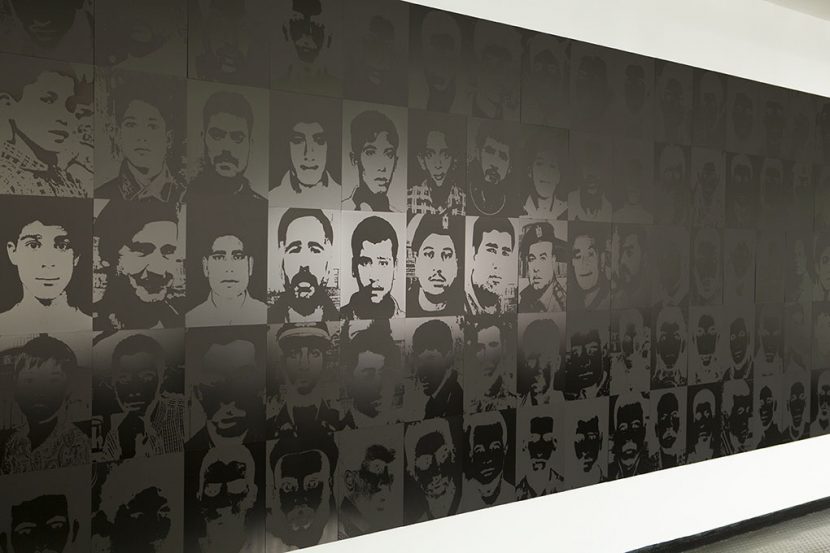 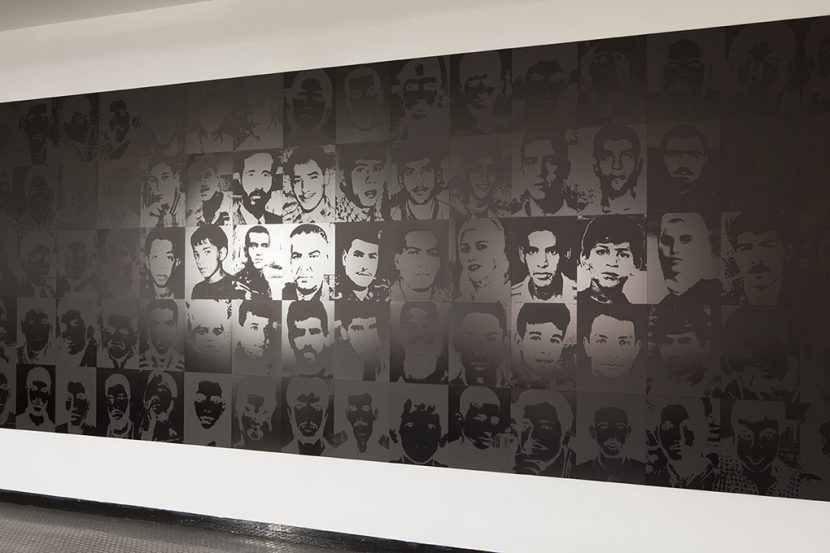 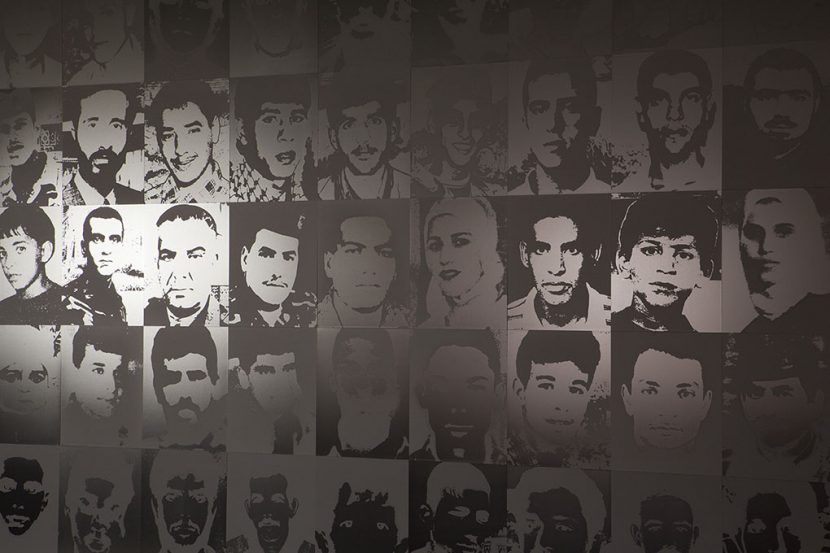 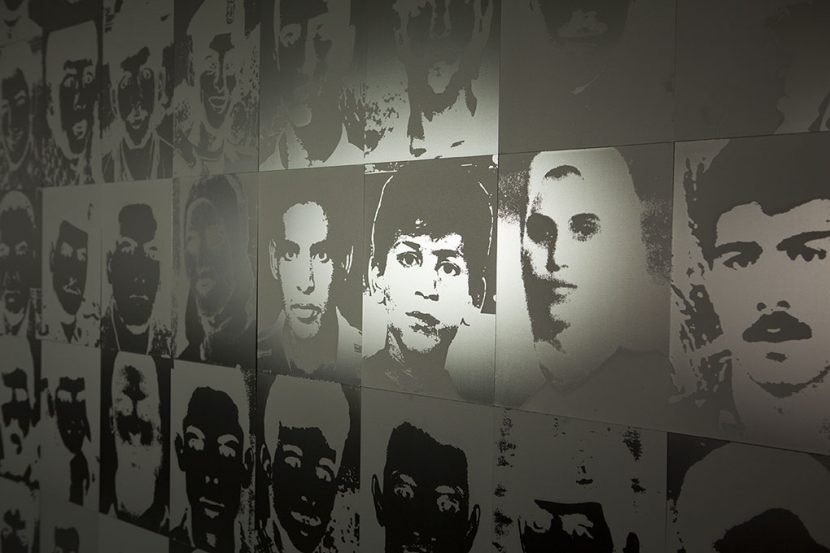 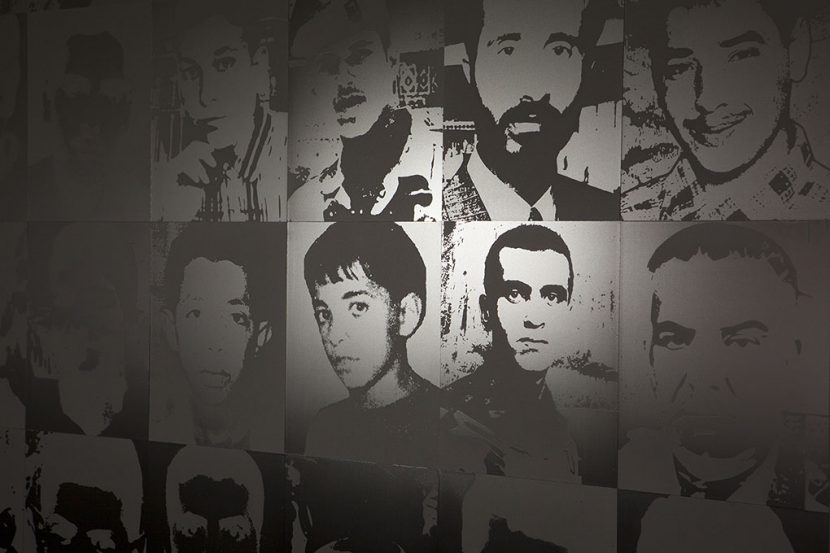 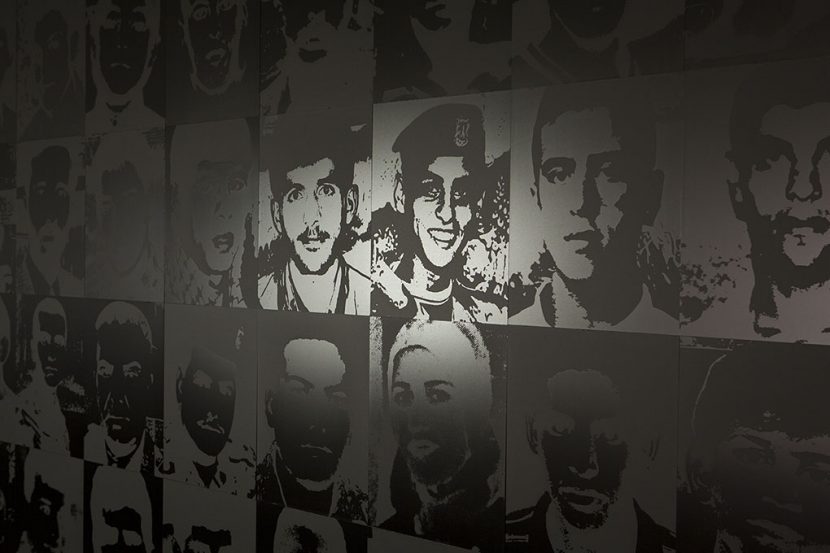