Two photographs: The first was taken through my bedroom window in Gaza in 2001 and constitutes the object of my installation “The Sky over Gaza” created for the exhibition ‘A Need of Realism’ at the Ujazowski Castel Center of Contemporary Art, in Warsaw (Poland, 2002); the second one was taken by chance at the same place in 2004, with an almost identical framing. Displayed as a diptych, these photographs reveal a new temporal dimension, a familiar recurrence. Excerpted from its initial presentation, the image takes on a new meaning, becoming a modular document. 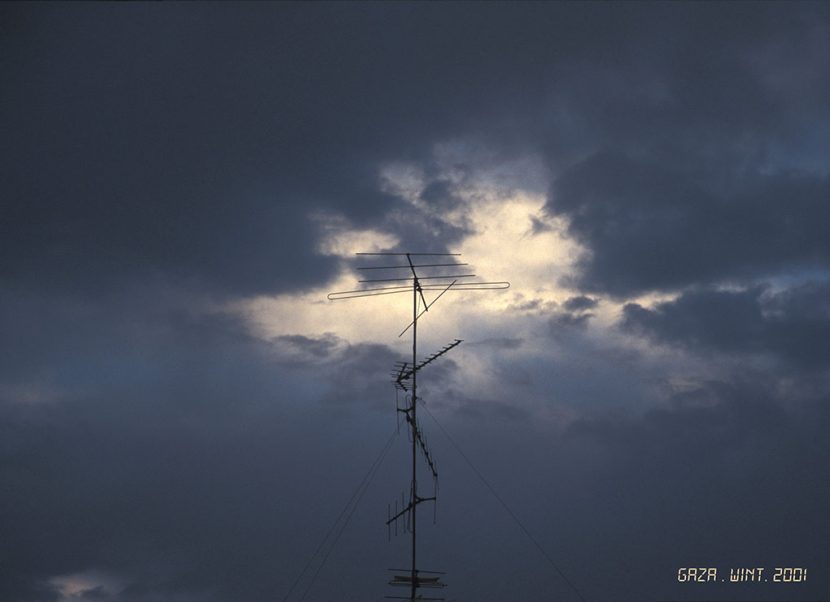