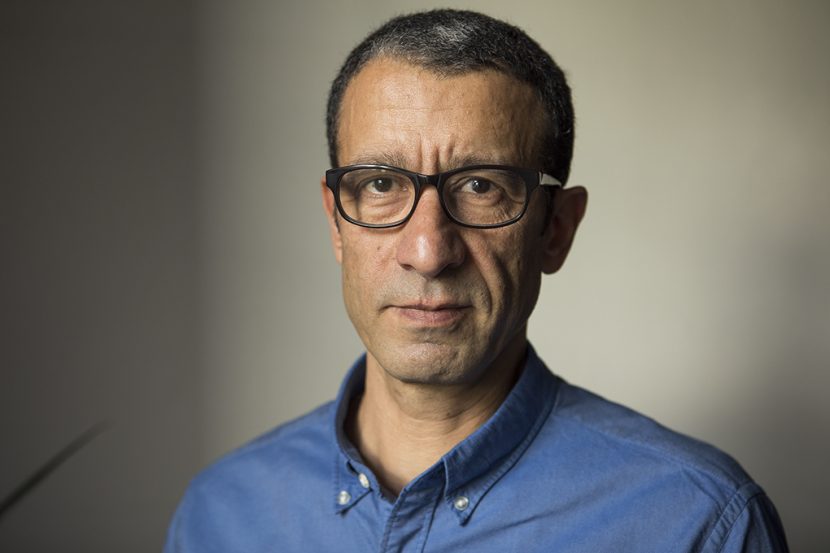 Born in Gaza in 1966, Taysir Batniji studied art at Al-Najah University in Nablus, Palestine. In 1994, he was awarded a fellowship to study at the School of Fine Arts of Bourges in France. Since then, he has been dividing his time between France and Palestine. During this period spent between two countries and two cultures, Batniji has developed a multi-media practice, including drawing, installation, photography, video and performance…

Taysir Batniji’s artwork, often tinged with impermanence and fragility, draw its inspiration from his subjective story, but also from current events and history. His methods of approach always distance, divert, stretch, conceptualize or simply play with the initial subject, offering, at the end, poetic, sometimes acrid, point of view on reality.

Already involved in the Palestinian art scene since the nineties, he multiplied his participation, since 2002, in a number of exhibitions, biennials and residencies in Europe and across the world. Among others: Venice and Berlin Biennials ; Centre Pompidou and Jeu de Paume in Paris ; the Rencontres d’Arles ; Aperture in New-York ; Martin-Gropius-Bau in Berlin ; Vienna Kunsthalle ; Witte de With in Rotterdam and V&A Museum in London.

Taysir was awarded the Abraaj Group Art Prize in 2012 and became the recipient of the Immersion residency program, supported by Hermes Foundation, in alliance with Aperture Foundation in 2017. His works can be found in the collections of many prestigious institutions of which the Centre Pompidou and the FNAC in France, the V&A and The Imperial War Museum in London, the Queensland Art Gallery in Australia and Zayed National Museum in Abu Dhabi.

In 2018, 2021 and 2022, the Rencontres d’Arles, the Mac Val in Ivry-sur-Seine and the Mathaf in Doha devoted to him three monographic exhibitions.