An identical copy of my glass key ring from Gaza. This project is part of a series of projects developed since June 2006, when I left Gaza without being able to return. Among these works, Suspended time (2006): hourglass installed horizontally, Man does not nlive on bread alone (2007): molding of article 13 of the Universal Declaration of Human Rights in Swiss chocolate… The same text was engraved in Marseille soap: L’homme ne vit pas seulement de pain #2 (2012-2013).
These projects not only express the frustration felt at this forced roaming, but also reveal, through the daily immobilization suffered by Palestinians, the impossibility of controlling and shaping space and time. This personal dispossession of the home echoes the collective dispossession of the land in 1948, since which time Palestinians, in the hope of a return, have kept the keys to their homes (Untitled, 1997, rusty key prints on rolled canvas). 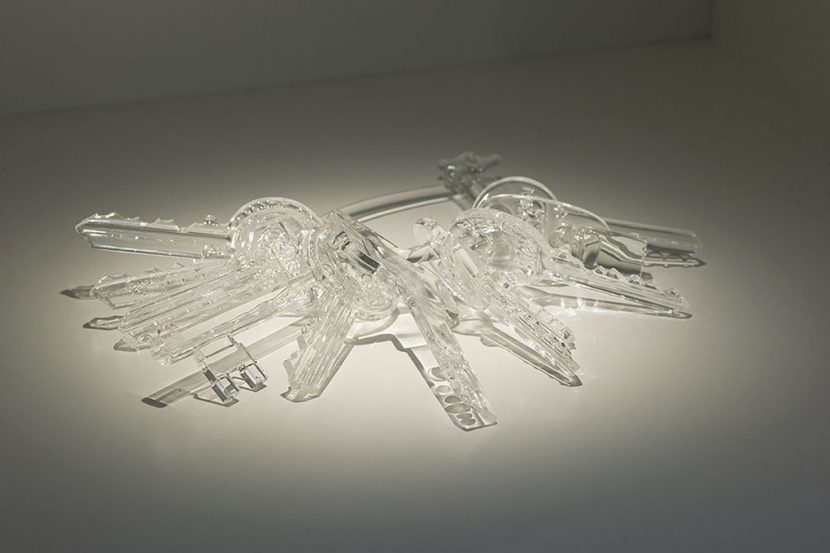