In this work, created in 1997, I wanted to evoke the fate of the Palestinians in 1948. Fleeing the massacres or expelled from their homes, everyone has kept, until today, the key of his house, thinking he could return quickly… A hope, a memory that persists despite sixty years of forced exile, the destruction or occupation of their homes by the Israelis.

This piece is part of a series of works that evoke the idea of displacement, imprint, trace or sign, such as the video Transit, 2004, the video departure 2003, Hannoun, 2009 and Untitled, 2006 where I make an identical copy of my key ring made of glass. Because in 2006 I left Gaza and it has become impossible for me to return since. Here the personal history intersects with the collective history. My work reflects in a way this situation that I have been experiencing as an artist, for years between Europe and Palestine, to the point that it becomes a matter of reflection and expression. 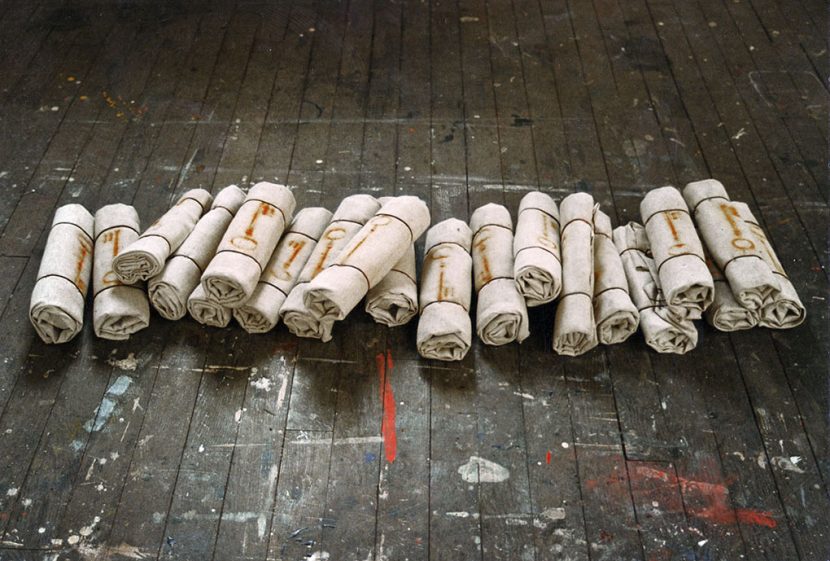