Commissioned by the Ministry of Culture of Bahrain, end of 2013

By naming his series of images Interface, Taysir Batniji plays on the meaning of a word commonly used in the disciplines of geography and computing. Interface is also a reference to the place itself, Bahrain, translates literally to ’two seas’. Thus, the photo series appears as a documentation of shapes that are often the contact of two distinct spaces within the landscape.

For Batniji, sand and water, are recurring elements and become common vectors throughout his images for Interface. Together, land and sea symbolize the shore, the border and the threshold. The sand is a metaphor for the continuous state of metamorphosis that the landscape of Bahrain is experiencing. The artist perceives the country to be in a state of perpetual transformation, reclaiming land from the sea to expand its borders, where sand connotes a work-in-progress.

Interfaceproduces, as its computing meaning suggests, a system of illusions – nearly virtual – of these model-like architectures, of their volumes, in a country that vacillates between reality and fiction while it metamorphoses.

The reference to Land art in these, minimalist and sometimes abstract, images is inevitable, where dunes that are also sometimes burial sites are witnesses of the passage of time and where human presence is never shown but suggested. Through his framing, Batniji makes apparent the vacuity and inertia, producing moments suspended in time that appear as the counterpoint to the mutation of the space.

In these landscapes where colours are often neutral, sometimes monochrome or composed of varying degrees of white, of pastels, fragments of chromatic colour sometimes suddenly appear. They contribute to the poetic and meditative language of Batniji, and through that of a hypnotic time, of a suspended world made of imprints, traces and outlines. The inter-spatiality of the series Interface is also inter-temporality. 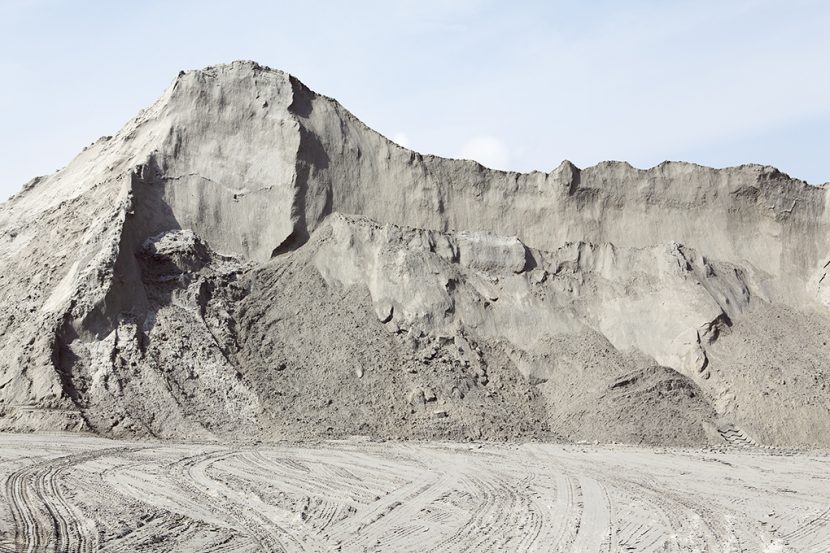 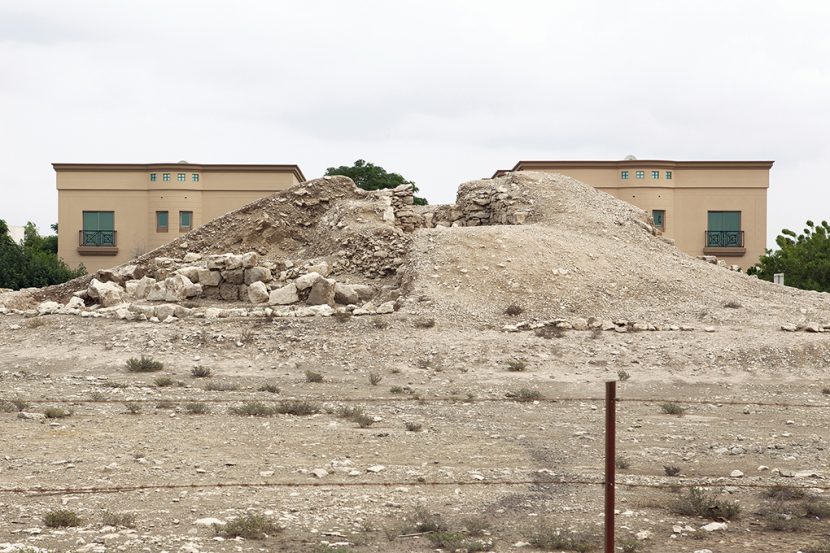 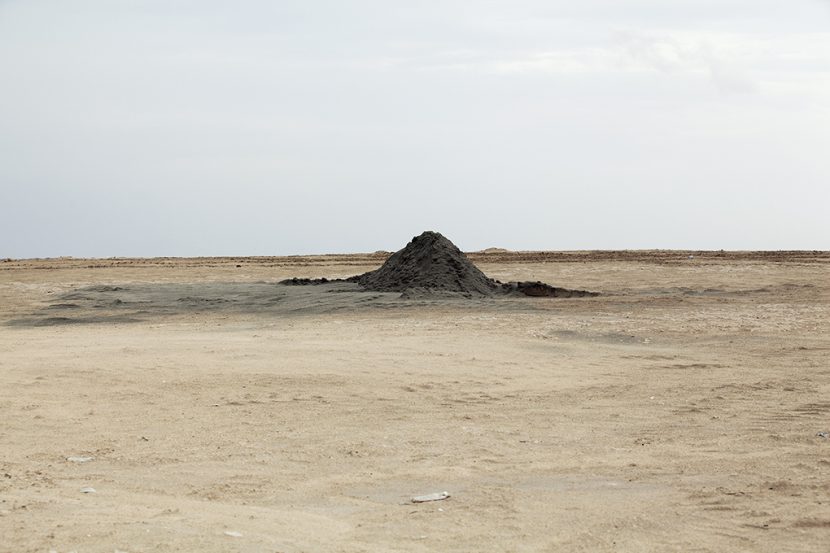 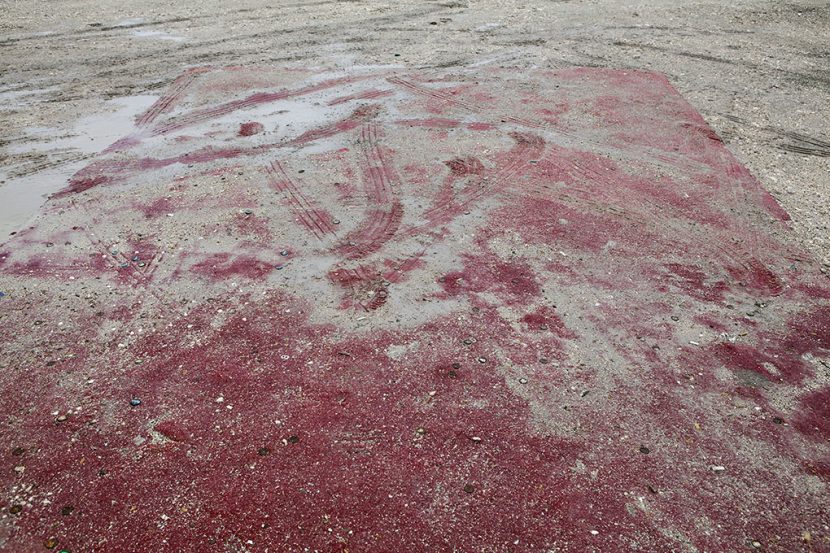 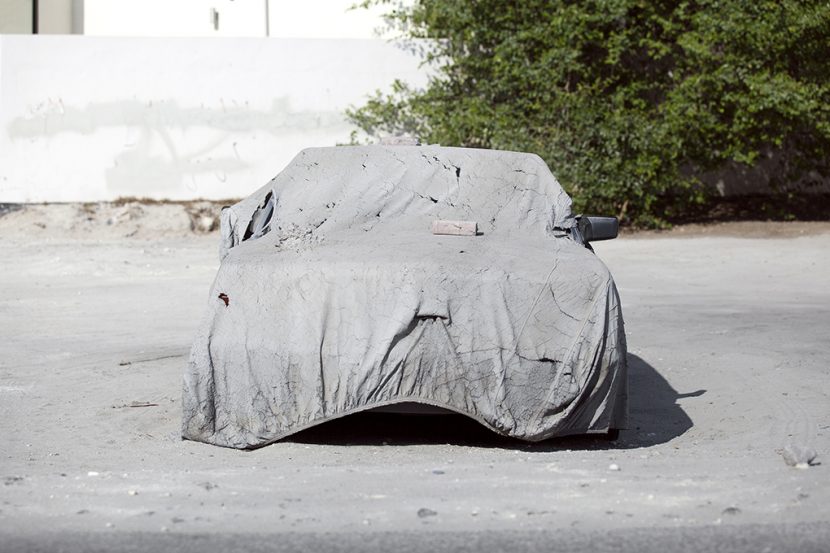 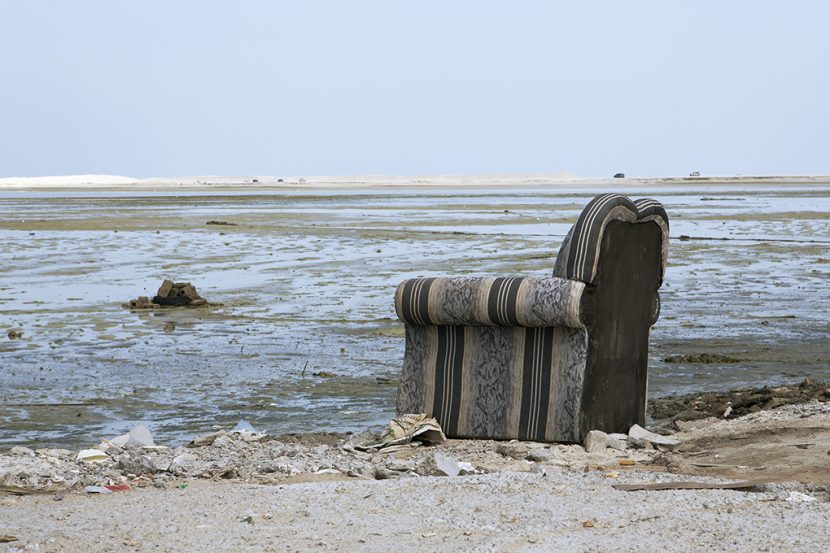 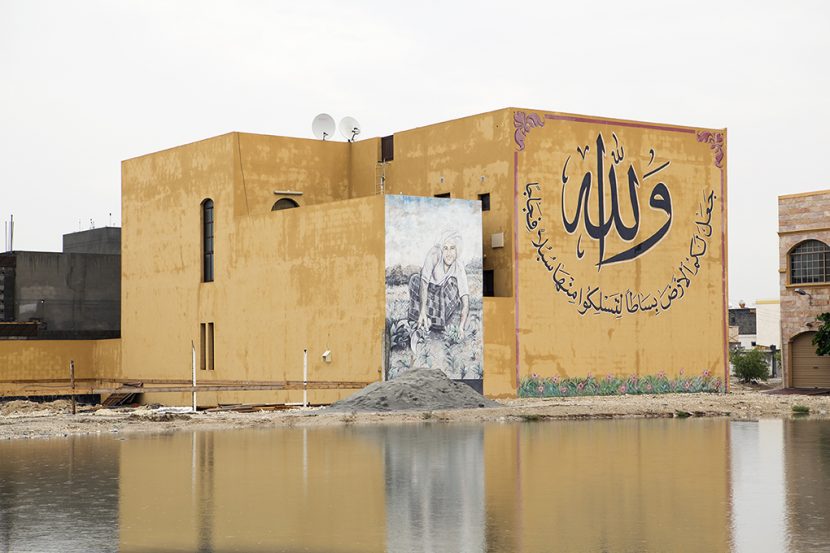 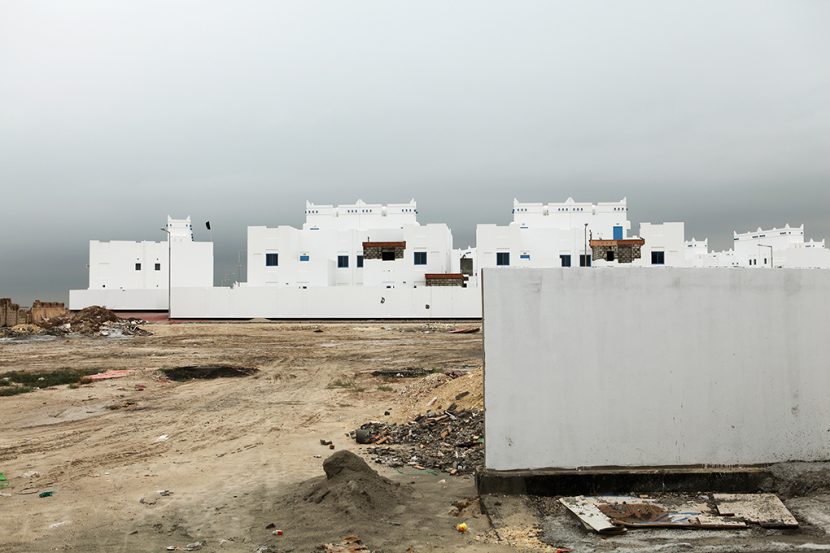 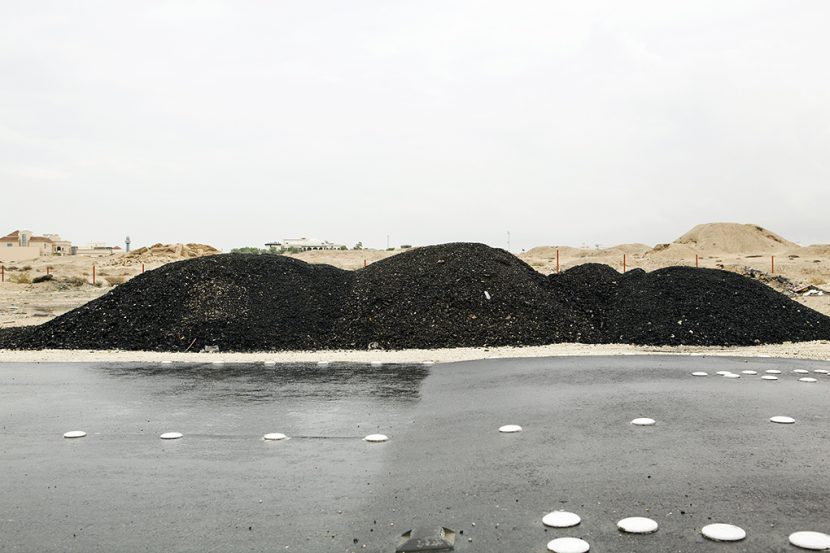 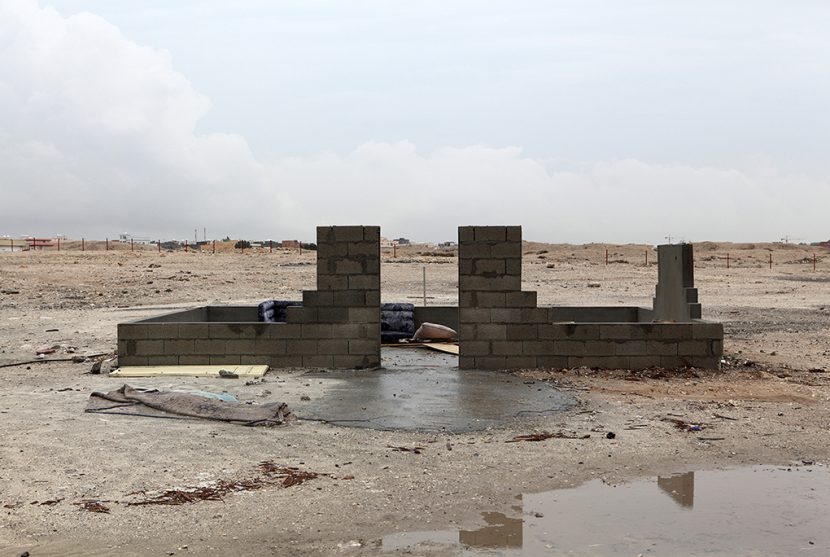 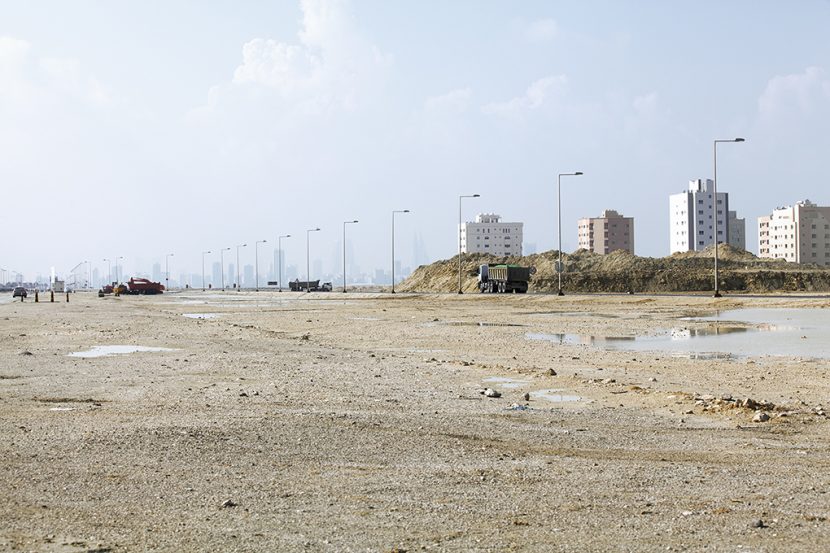 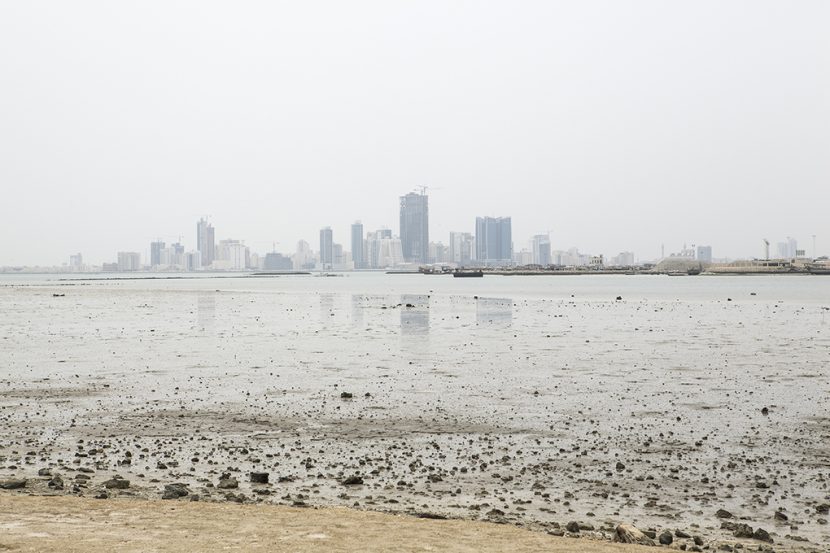 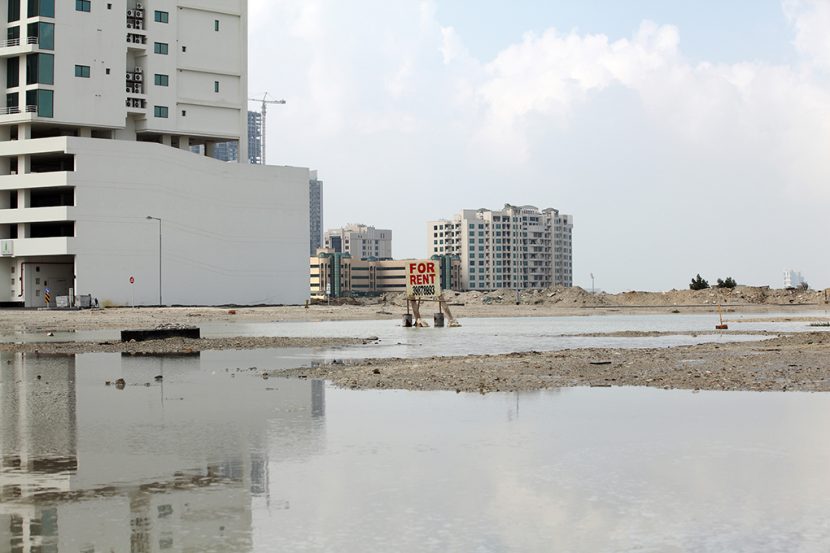 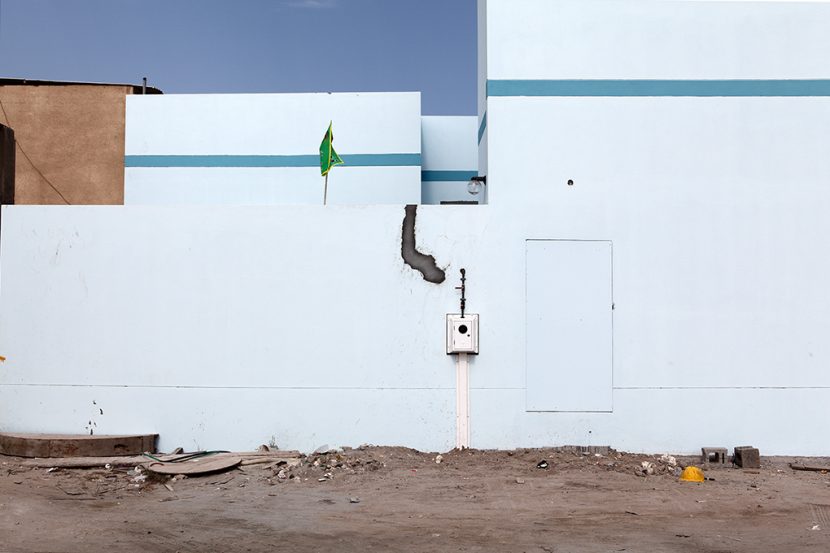 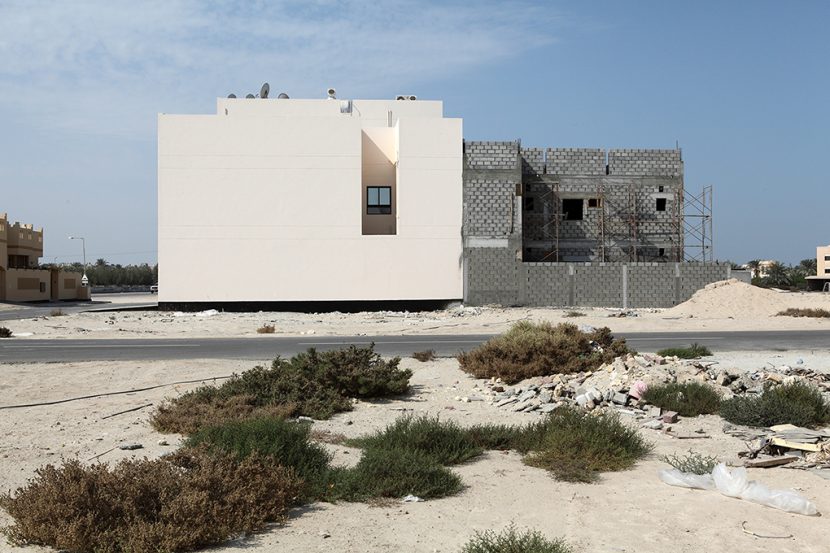 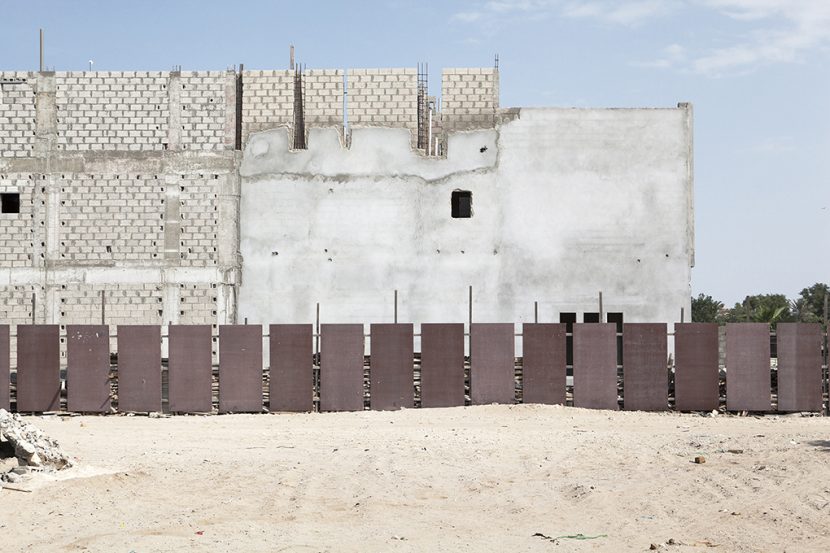 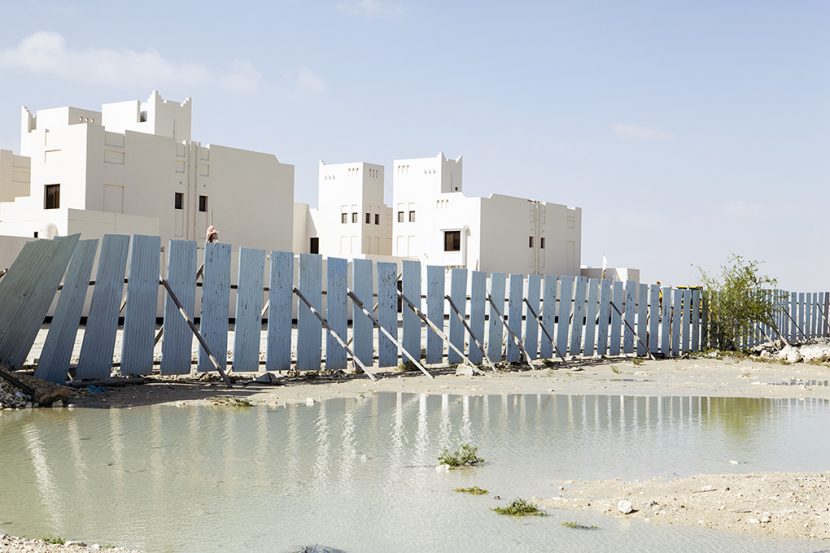 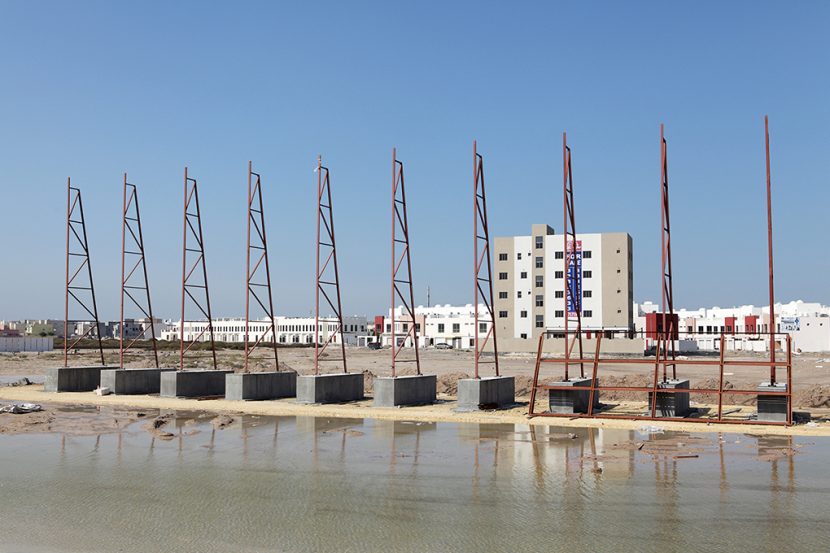 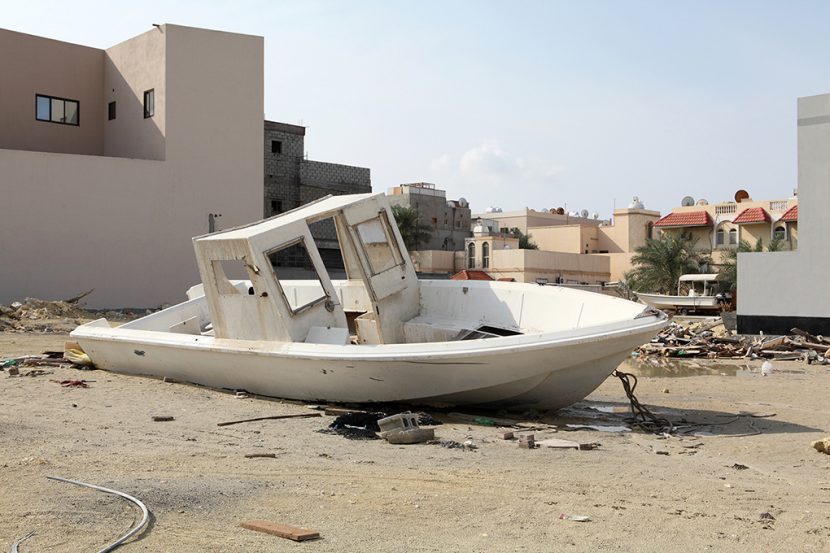 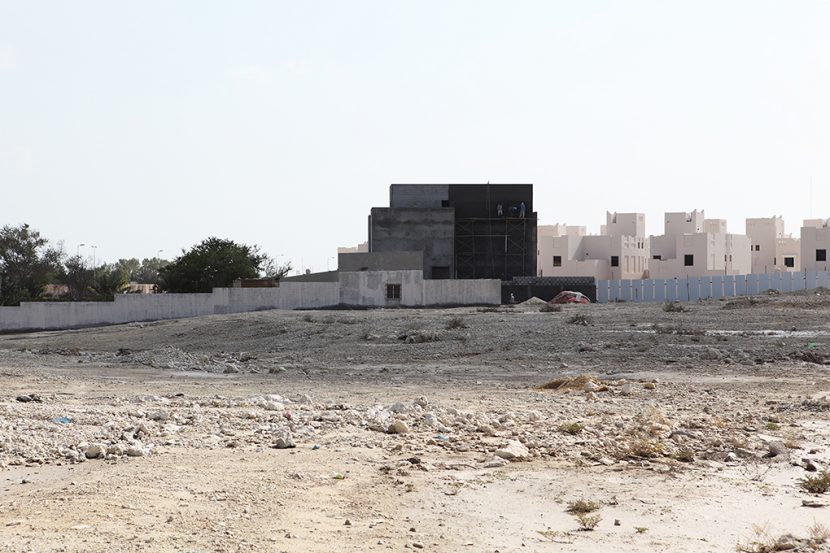 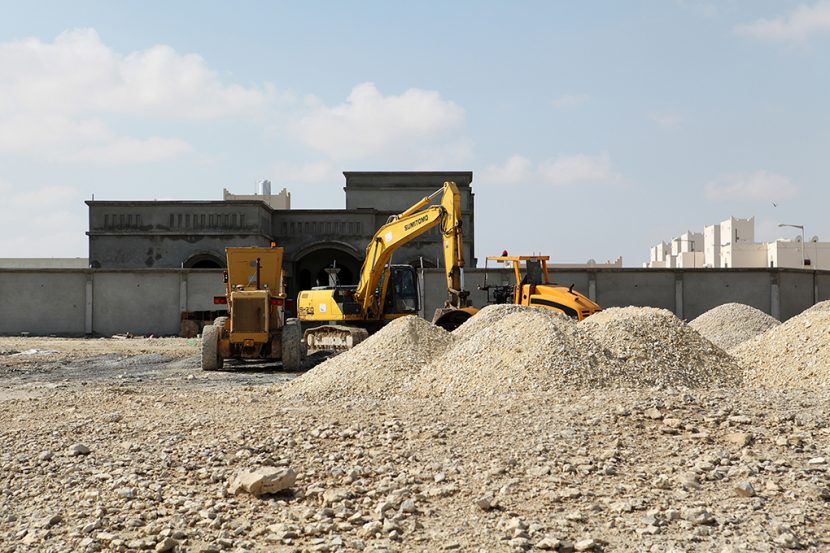 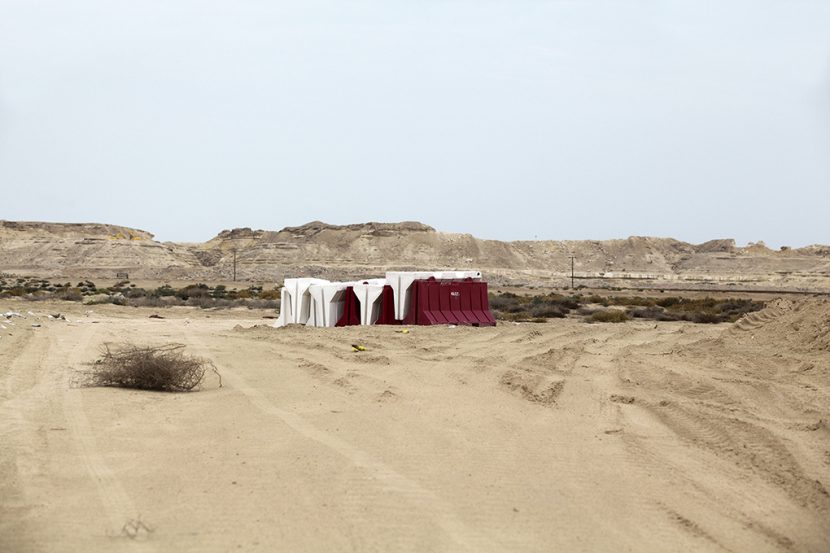 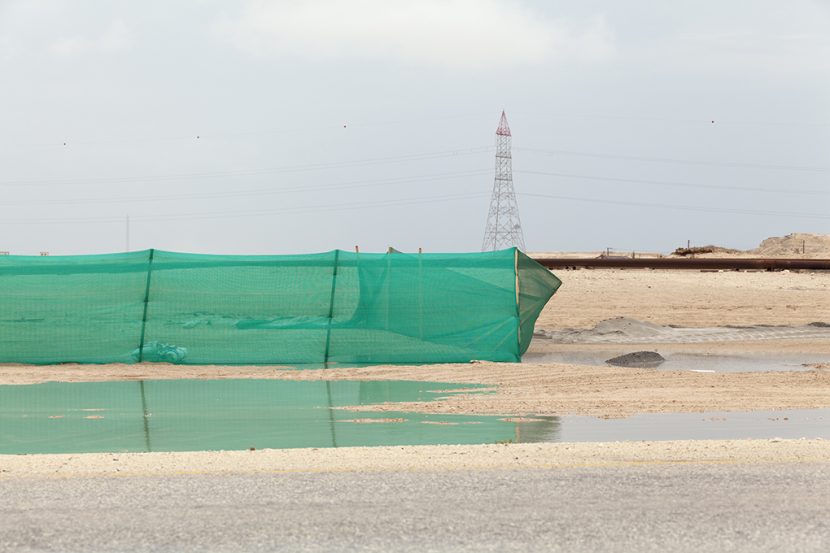 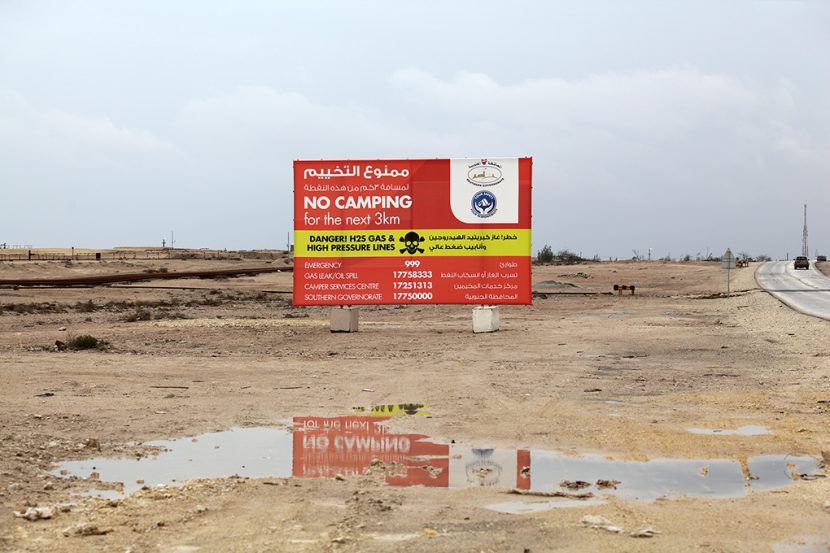 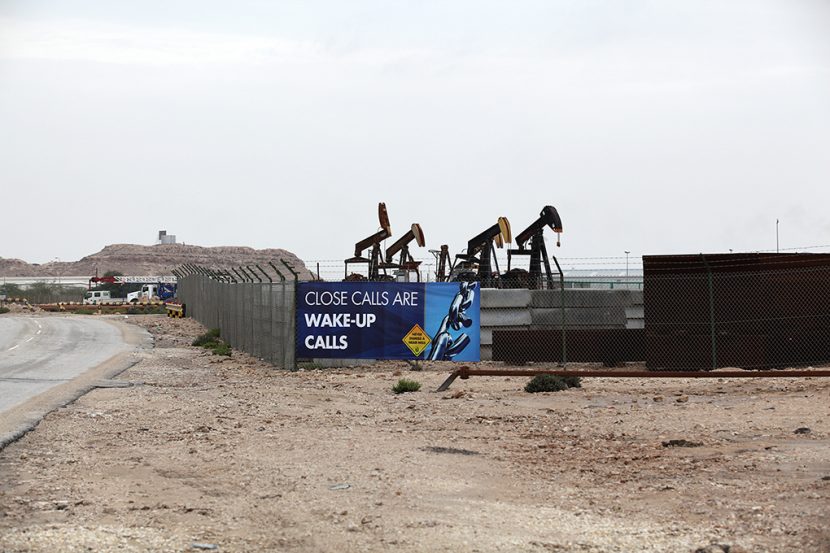 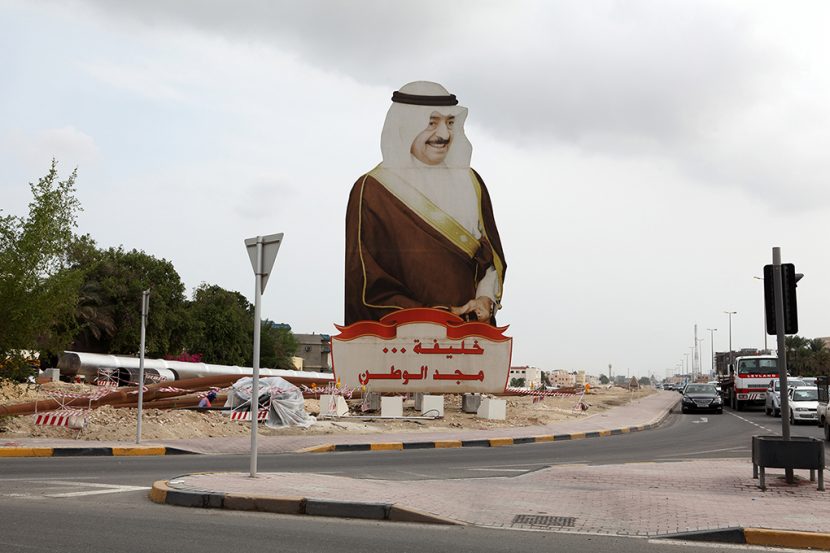 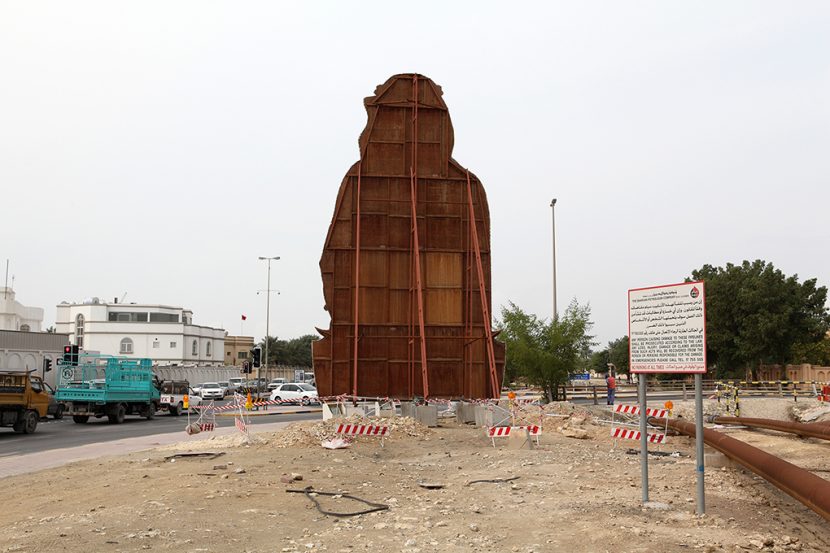